Operation of Great Sacandaga Lake Under the Offer of Settlement 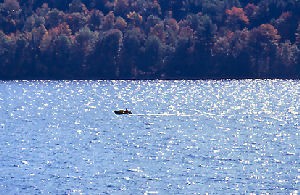 During the FERC’s re-licensing procedures, the owner of these hydroelectric generating projects entered into negotiations with a variety of parties, including the Regulating District, the US Department of the Interior, the NYS Department of Environmental Conservation, the NYS Adirondack Park Agency, Great Sacandaga Lake Association and several other interested entities and individuals that addressed a myriad of issues regarding the use of the Hudson River Area, including reservoir operation, natural resource protection, land use and recreation.